Around Town in St. Augustine!

While we are staying at the beach house in St. Augustine we would usually go to the beach for a few hours in the morning, then it would rain, so we would take showers and get dressed and head into town to explore. St. Augustine is one of the oldest cities in America so there was a lot to see. 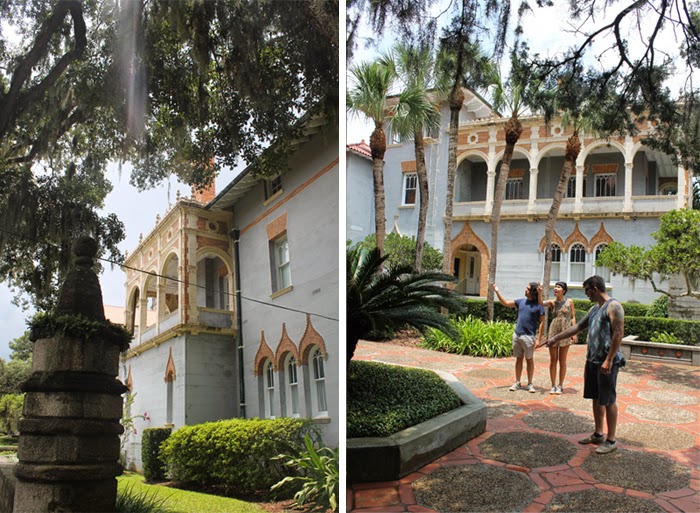 So many gorgeous churches and spanish moss. 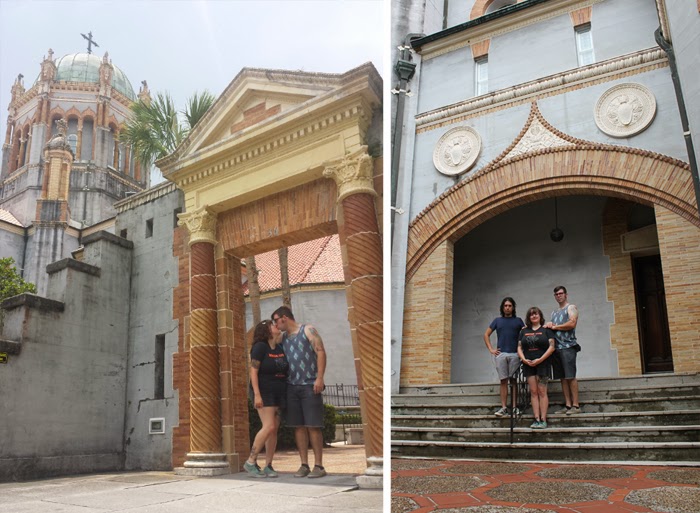 We did lots of photo posing, not so much going IN places. Haha. It was perfect. 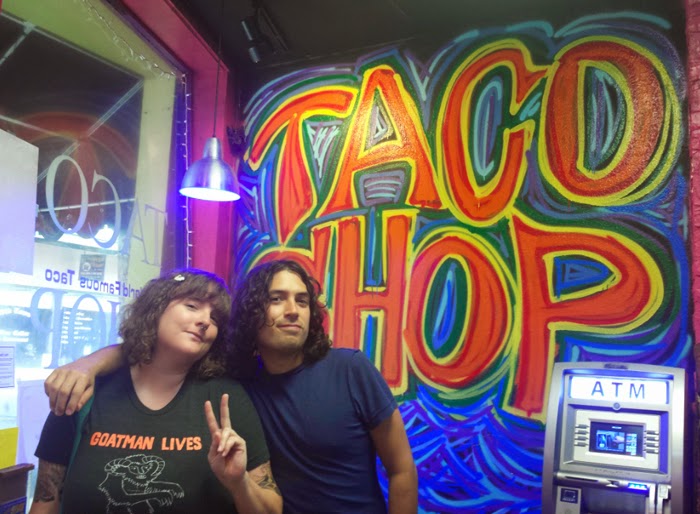 It started raining shortly after we got into town so we sought shelter in Burrito Works: Taco Shop. Someone on Crystal instagram recommended it to us. Their specialty is the Mexican UFO. It' basically a hard shell taco stuffed into a burrito. 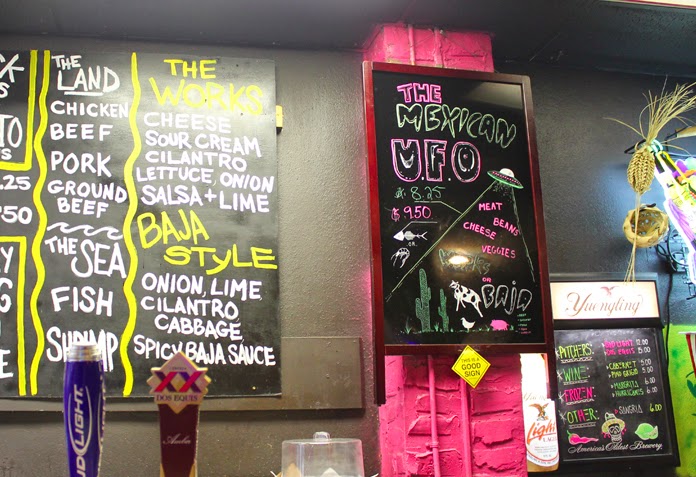 They made a vegan one for us, but I think it is probably better with meat. Why don't they season the rice? It was a little plain, but I stilled liked it, and I love the crunchy shell in the middle of the burrito. Yum! 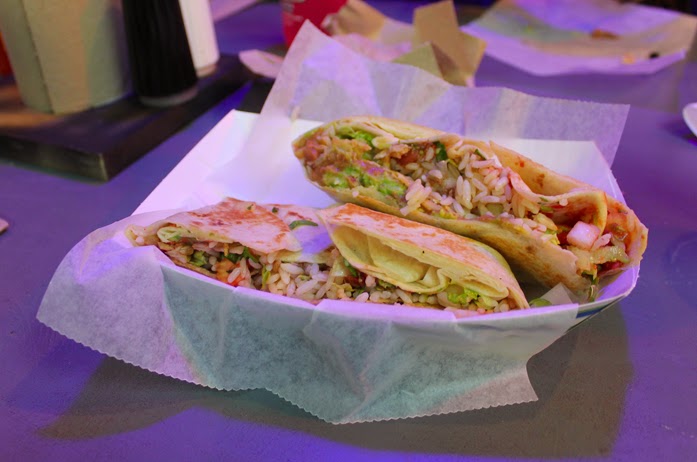 Travis is so good at posing. 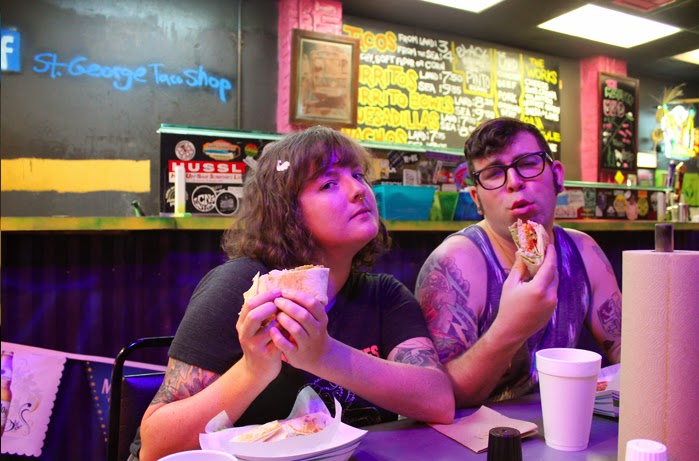 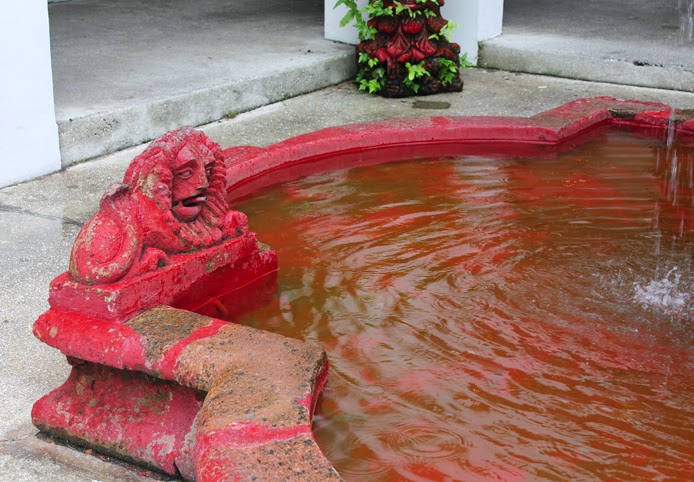 There are tons of strange, touristy shops. This one catered to the sword/knife lover. I loved those signs. Don't swing ANYTHING. We also came across a store that was totally devoted to selling evil eyes. And a beer store where I bought the cutest shot glasses I've ever seen! If you don't want to click the think, the shot glasses feature the first animals shot into space. Including the ones we all know like Laika the dog, and Miss. Baker the monkey. 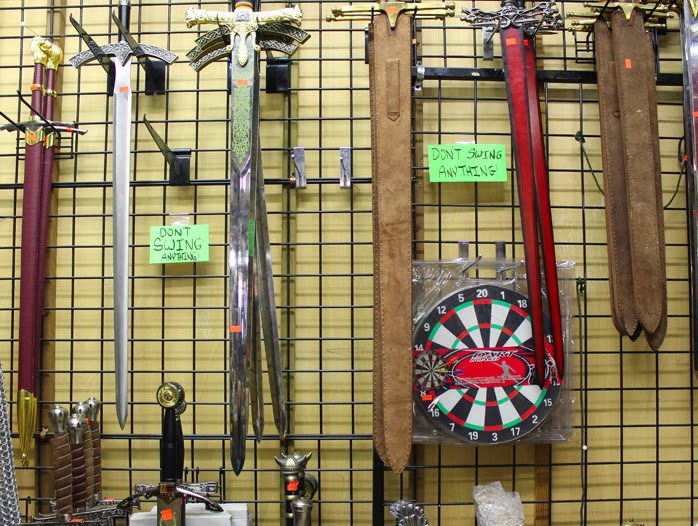 This dog was just hanging out in the hall of one of the weird little malls. 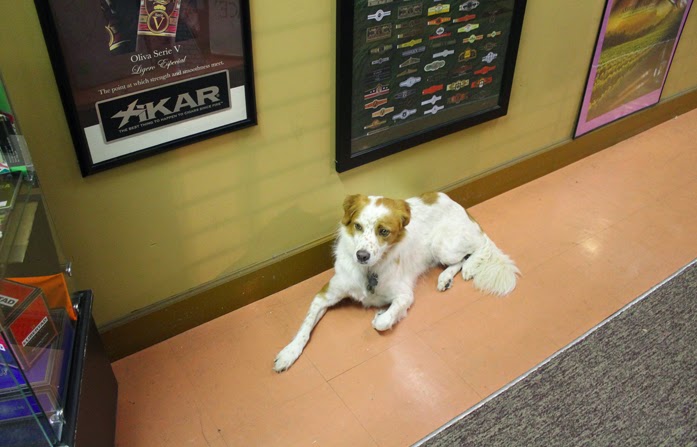 They had some "Old Fashioned Photo" places, specializing in pirate photos. This example hanging outside one was KILLING ME. I need to take my girls to Gatlinburg to get their photo taken. 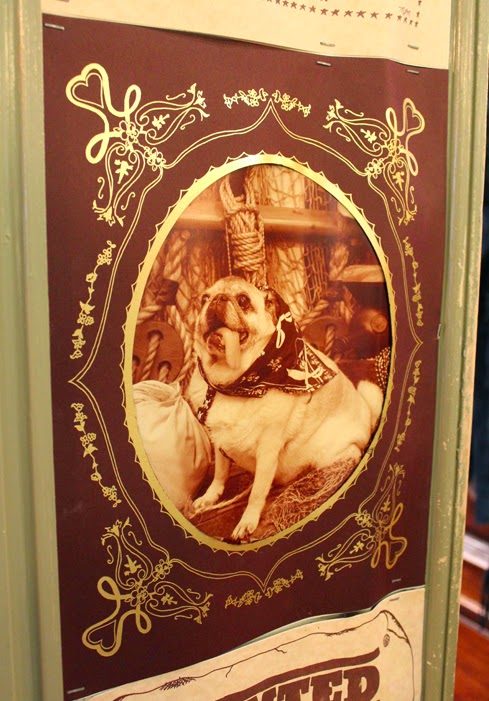 We went to a place called The Hyppo for popsicles. I got a Riesling Pear one and it was incredible! 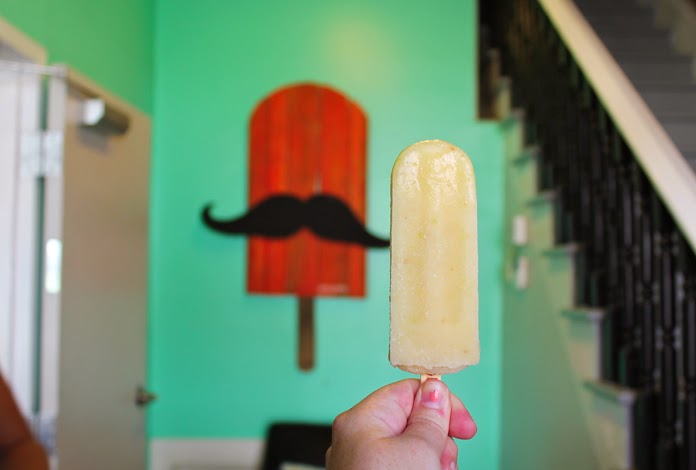 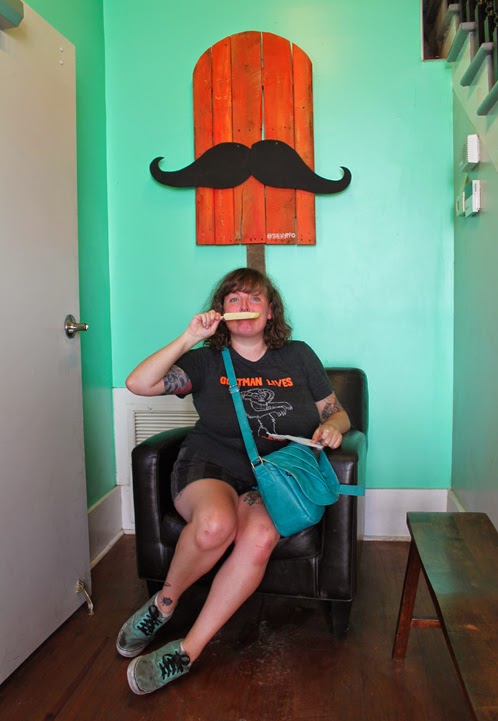 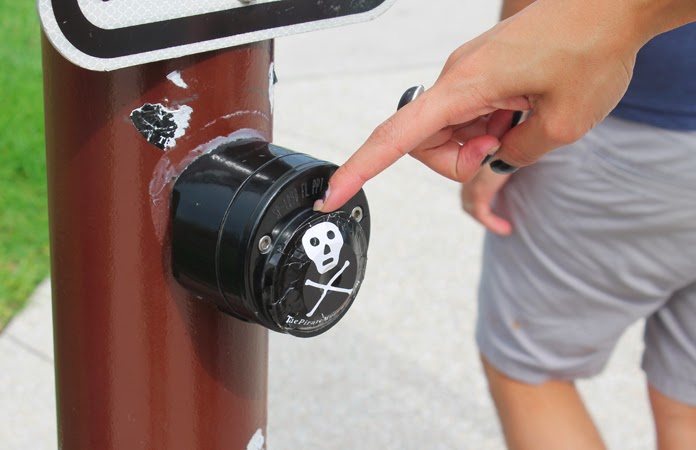 There is a pirate museum right in town. We just took advantage of their photo ops. 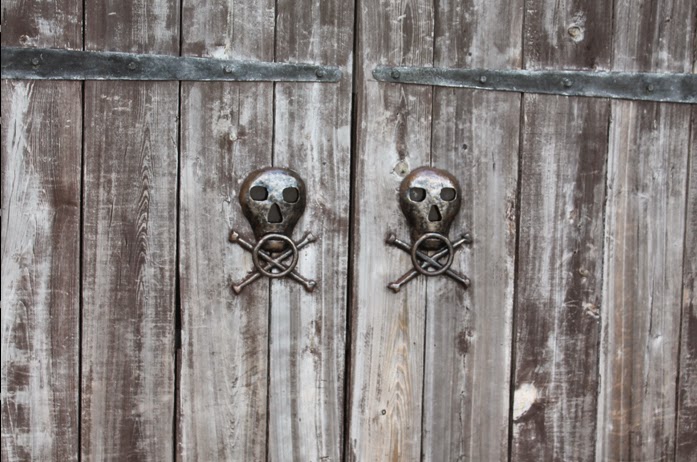 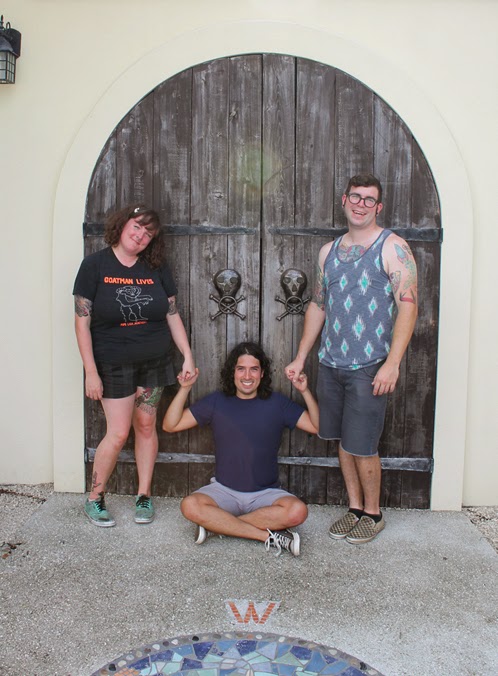 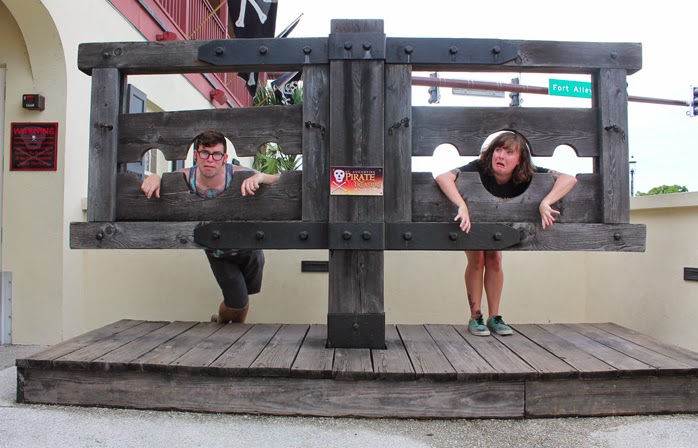 Travis and I aren't coffee drinkers, but Crystal and Marc are. Because of that we stopped at places we wouldn't have found if it was just us two traveling. At one coffee shop I found this Clementina San Pelligrino I hadn't had before. It was good! The blood orange is still my ultimate favorite though. 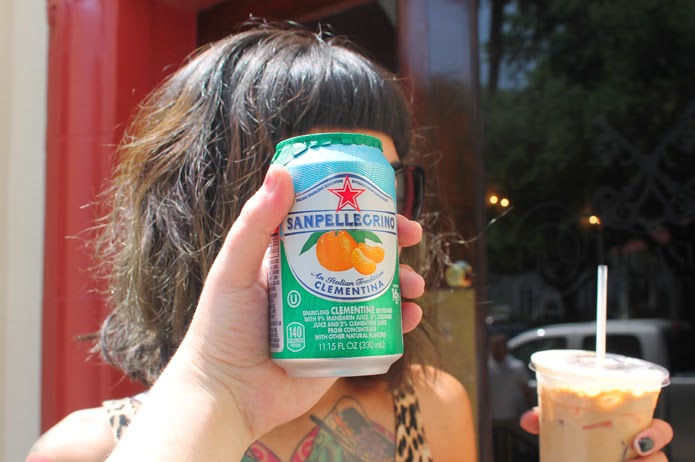 Catrinas. So beautiful! So fragile. Crystal and Marc brought me one back from their honeymoon in Oxaca, Mexico, but my dang cats broke it. 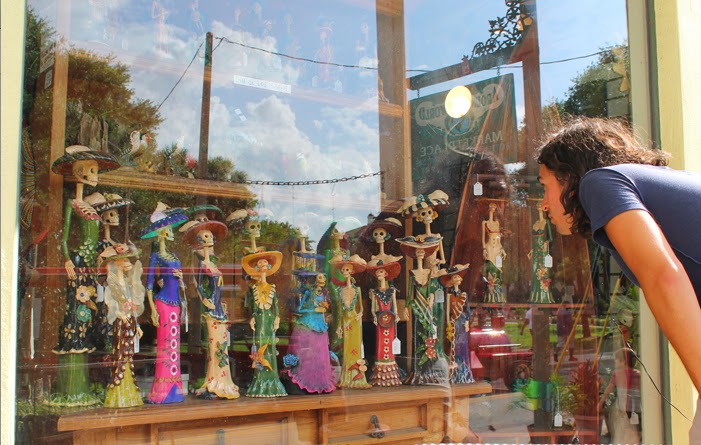 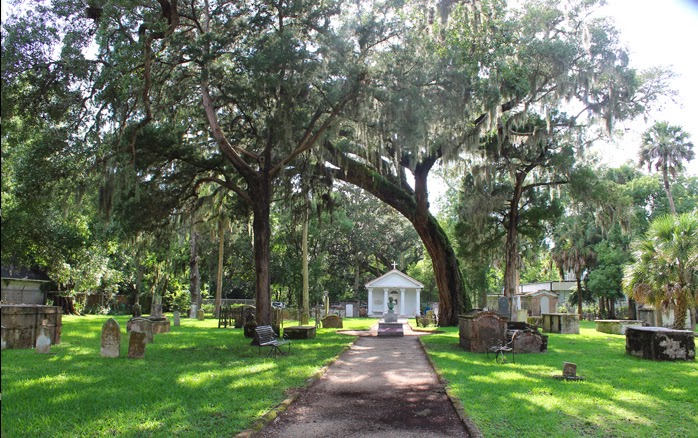 We happened to pass by the "Love Tree". It is actually two trees, a palm growing through an oak. It was pretty cool looking, and "legend has it" that if you kiss your love under the tree you'll be together forever. Silly but kinda fun. 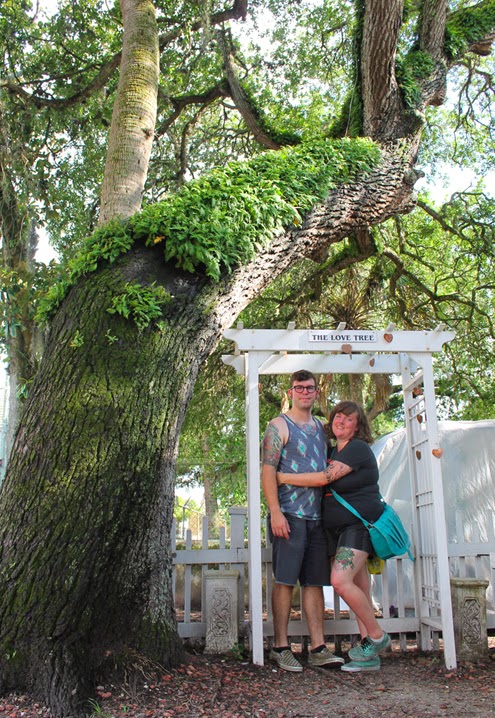 Our first night in town we had to eat dinner at The Floridian. I made note of it when Thriftcore posted about it, and several people on instagram said we had to go there! We were there at night and it was really busy so I didn't get any pictures of the cute decor. Check out Van's post to see great photos of their kitschy stuff! 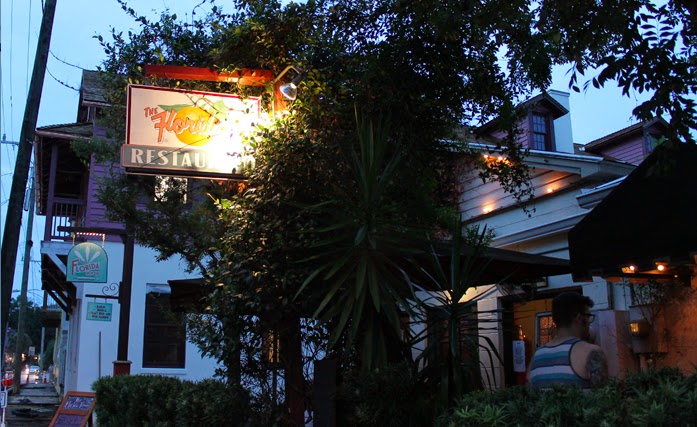 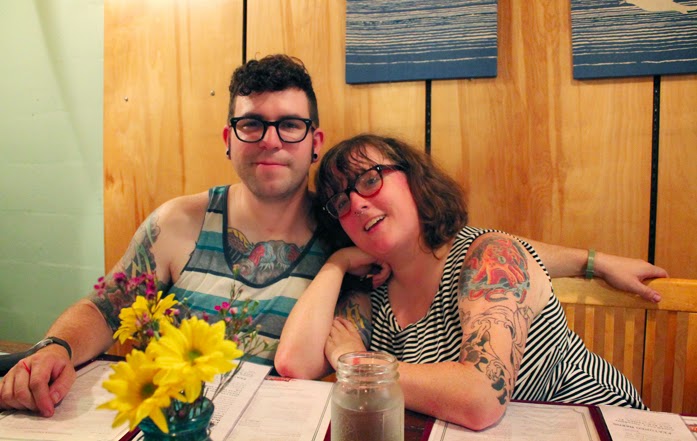 I got a fresh made veggie burger that was wonderful, and that salad! We had some yummy fried pickles as an appetizer too. 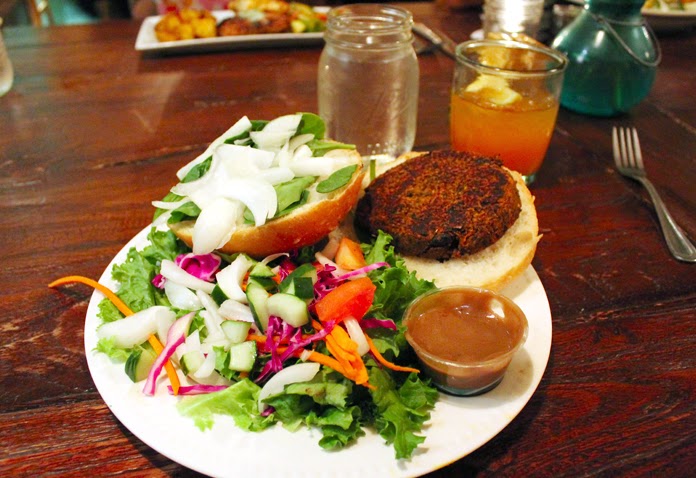 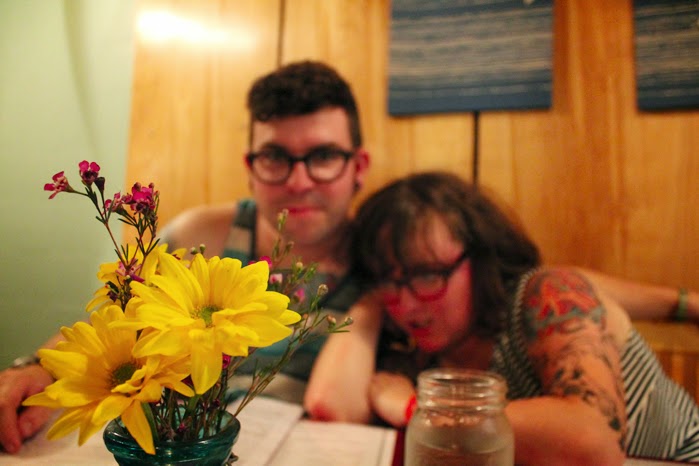