Hello friends. It has been a while, huh? 2016 has been a rough one, right? One bright spot has been our second pug adoption this year. On November 5th we drove to North Carolina to pick up this little lady. Her name is Wilma! 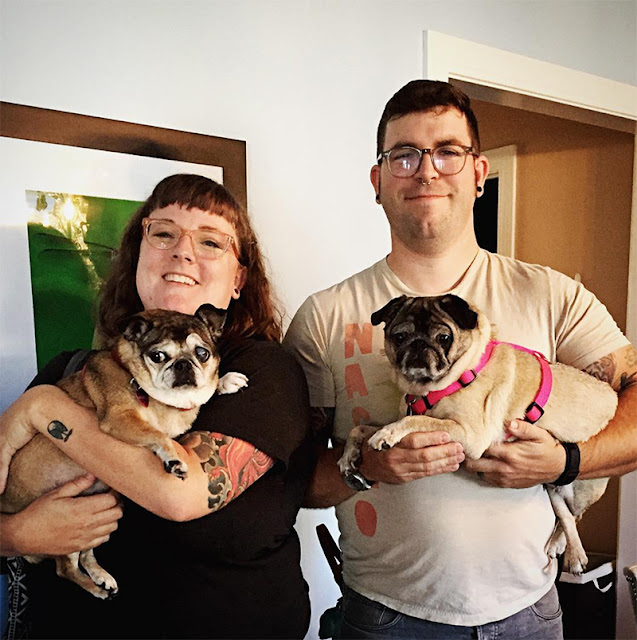 Our first family portrait. Mildred was NOT happy about the five excited pugs in the house. She likes to have her own space. Look at her face! 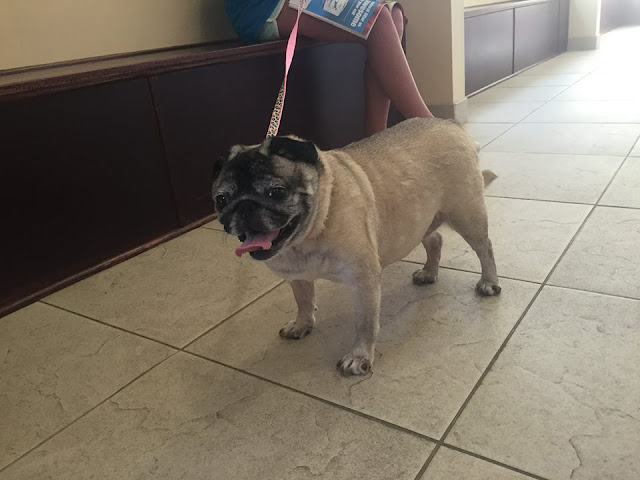 Here is the first photo we saw of her. She was surrendered to a shelter by her owner before the rescue picked her up. She was overweight, intact, with nails growing into her paw pads and skin problems. She was the first pug saved after the rescue had to close intake, and I'm so glad they were able to get her for us. She came with the name Wilma Lou! 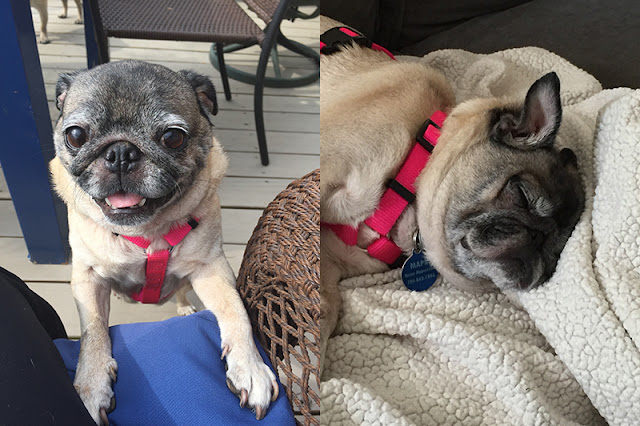 We knew we were going to get her for almost a month before we drove to pick her up. We were going on vacation so didn't want to get her until after we got back. It was torture! Her foster mom sent me lots of photos of her. It helped the wait go by faster! 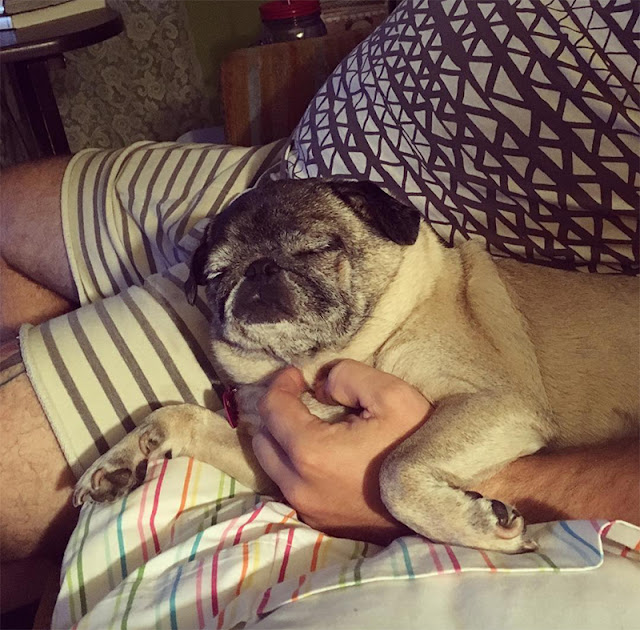 We brought her home on a Sunday, then I was out of town for work from Monday to Thursday. When I came home, someone was totally in love with Travis. Now she splits her affection, but at first it was all dad all the time! 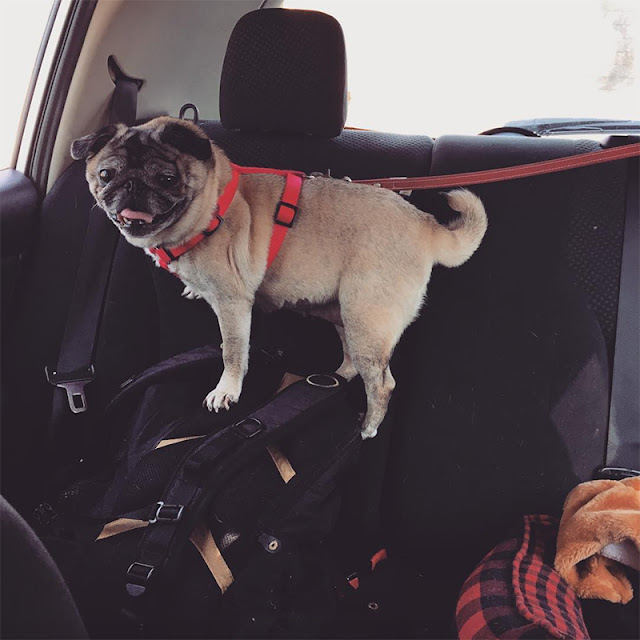 She is 8 years old, and so active! It is so weird to me. She can jump up on the couch and uses little dog steps to get onto our bed. She is so fast and loves to play with big stuffed animals. She is a very friendly and loving little dog. If you pet her, she rolls on her back within moments, and she loves to give kisses. 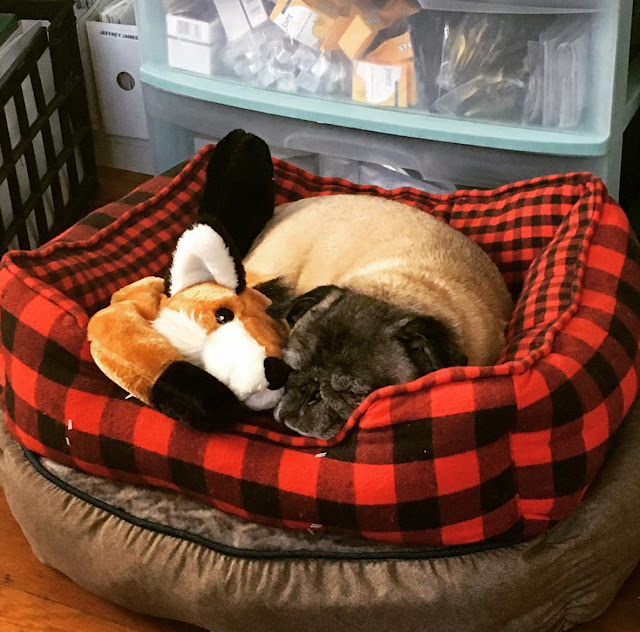 She is a good office buddy. This fox is her current boyfriend. She snuggled up with him like this one day and I couldn't take how cute it was! 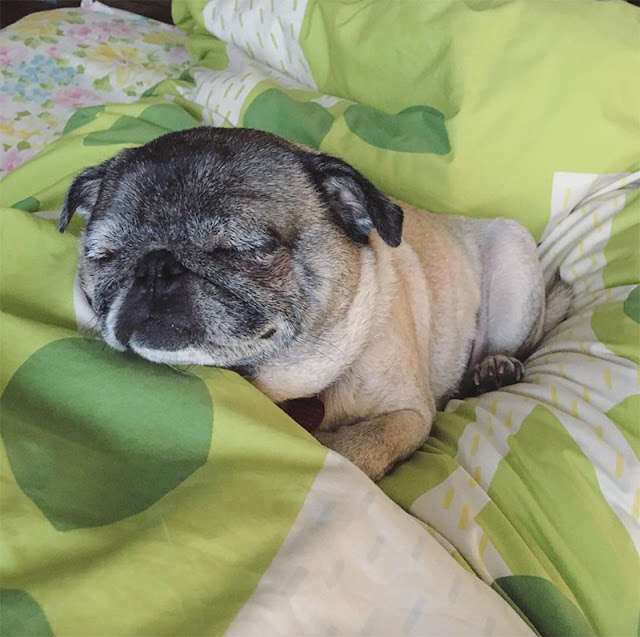 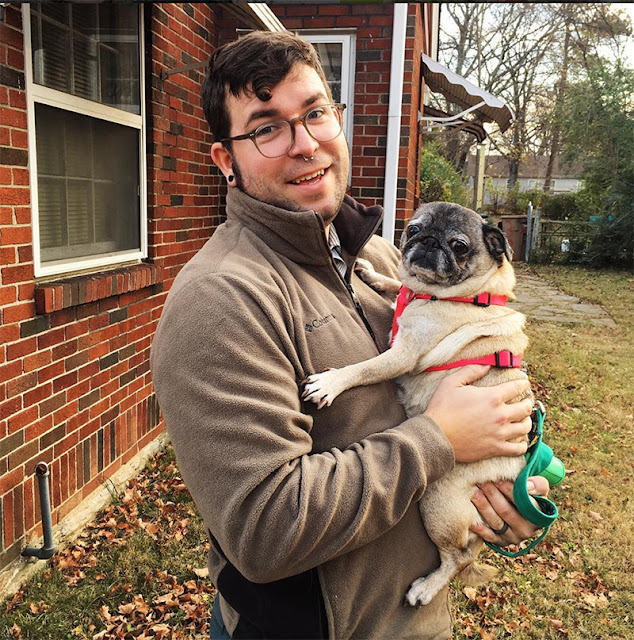 One thing I really love about her is she likes to be held like this. She'll put her paws on you and try to slither up until you are holding her, face to face. It is so sweet. She has been with us a little over a month and we are already feeling a nice connection with her. She is such a good girl. 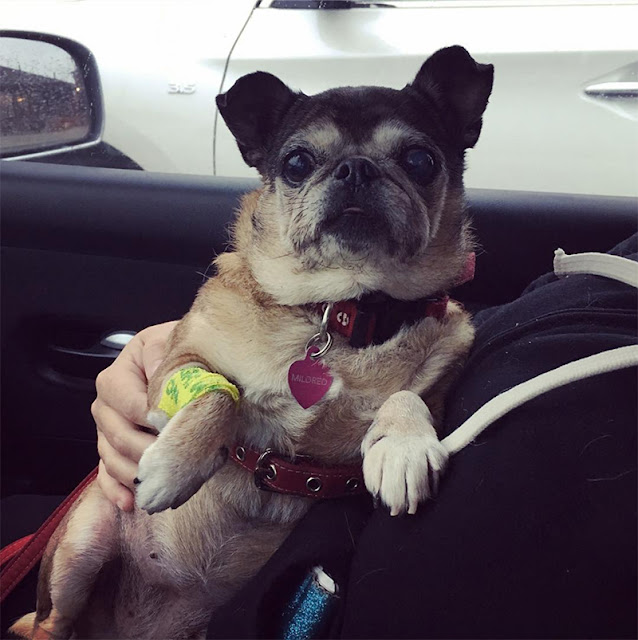 We've also had Mildred for over 5 months! I can't believe it has been that long. Earlier this week she went to the vet to get a broken canine tooth pulled, and ended up with 11 extractions! Several of them were very old breaks, with the gums grown over the pieces. She had a rough first day after her surgery, that photo is from when we picked her up. She was still drugged! That is the very tip of her tongue poking out! It was pretty cute honestly. She seems to be feeling good now. She has even been cuddling with Wilma! Until this point, she would move if Wilma got close. I'm not sure if it is the amount of time they've been together, the fact it has gotten cold, or maybe her teeth were bothering her before. We'll have to see.

These two have been bringing us a lot of joy over the past few months. I'm glad we were able to rescue them.
at 10:00 PM 8 comments: