Hello, hello! Today is the first Saturday in recent memory where I had no plans and no responsibilities. Travis is away at his scooter club's annual rally, and I have spent the day watching Call the Midwife, lounging with the dogs and editing the tons of photos I have to show you. It has been a great day, I really needed a day like today.

Here is a little of what has been going on lately.

It has been about a month since we lost Phyllis. I commissioned a portrait of her and Priscilla a few weeks ago. These two will always be linked in my mind and I wanted to get a portrait made of just them together. It came in the mail today, and LOOK AT IT! Could it be anymore precious and perfect? 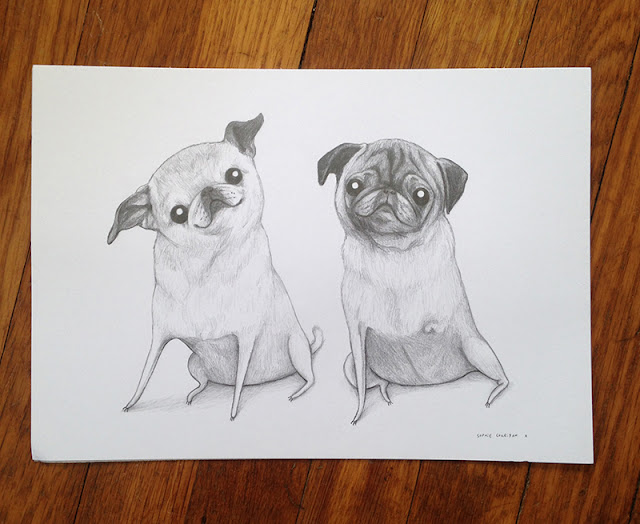 I ordered it from Cupcake Pug Co. I went to their shop because they have some adorable pug pins, and saw a listing for a custom portrait by Sophie Corrigan. I loved all her pug drawings, and mine turned out even better than I hoped. She captured Priscilla's silly ears and white face, and Phylly's little nub is just...perfect. I cried when I opened the envelope. I'm so happy with it. I might have to order one more of Mildred. Here is the listing, if anyone is interested. 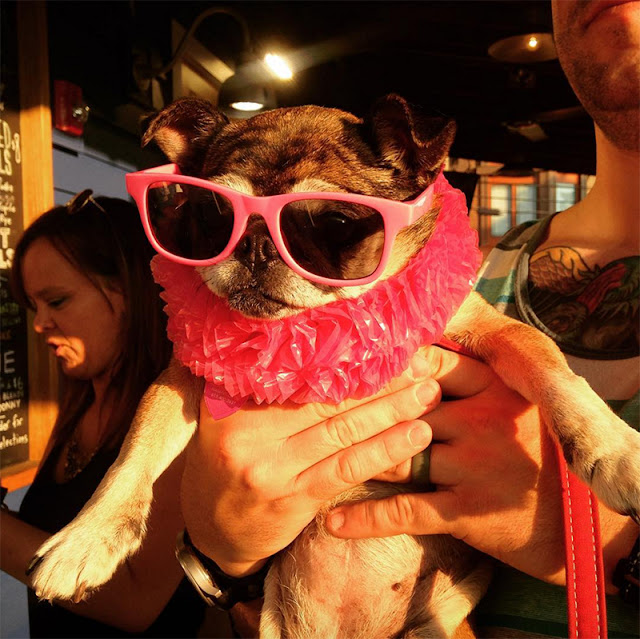 Millie is doing very well. She got to go to her first Nashville Pugs meet up this past week. It was called "Pugs on the Patio." She was fine with all the pugs running around and people petting her. She doesn't really want to be held unless its me or Travis, but that's ok! Doesn't she look like a natural in her lei and sun glasses? She is a really tolerant little dog! She has lots of skin issues so I guess she is used to being poked and prodded. We love her so much already and we are learning to communicate with each other. I made the mistake of giving her a treat when she came in from going potty outside. Now she tried to get me to take her out ALL THE TIME so she can get a treat when she comes in. Oops! 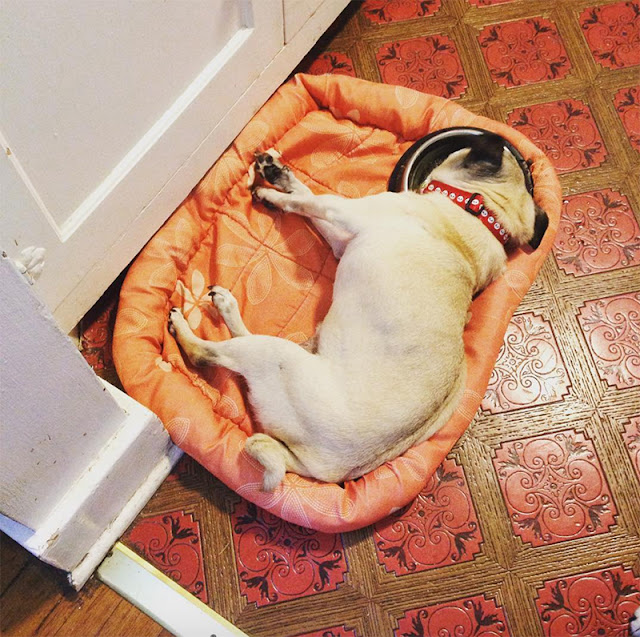 This is Priscilla's new breakfast eating technique! Hah! She can't walk much at all anymore, but who needs to walk when you can be whisked from bed to bed by the loving arms of your family? All things considered she is doing pretty well. 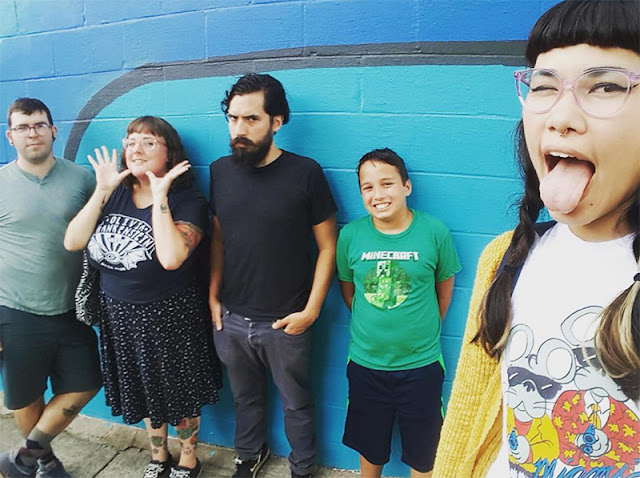 We've been going to crunchy Tuesday almost every week this summer! A local sushi place, Nomzilla, has $3 rolls on Tuesday nights. The crunchy cabbage is vegan and is SO GOOD. It is a spicy tofu roll, wrapped in cabbage then tempura fried. Yum yum yum. And $3?? 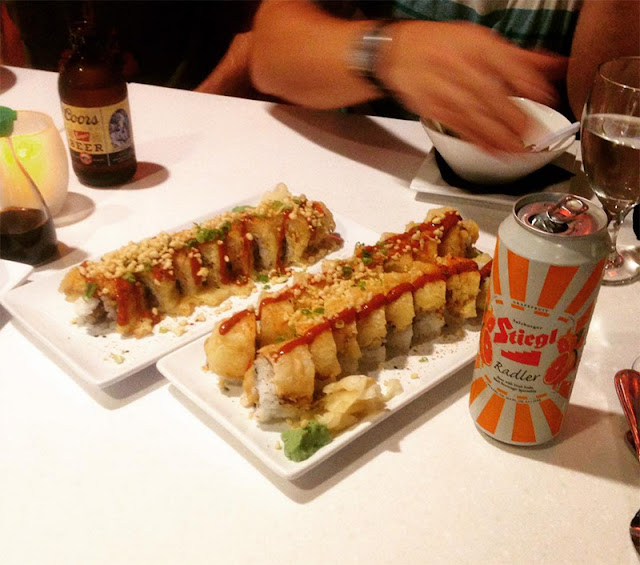 Travis and I usually share three rolls. Sometimes we add miso soup and sometimes edamame. I always leave SO FULL. If you are local, or come to Nashville, check it out! Best deal in town! 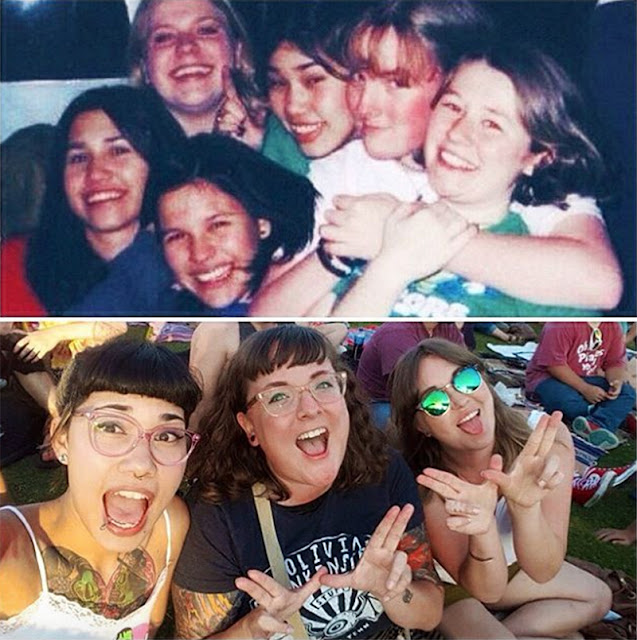 Weezer came to town in July, and of course I had to buy tickets. Travis ended up passing (It was a week night, and he works so early) so I got to bring Crystal with me. We met up with our girlfriend Marissa. That top picture is us at 15, seeing Weezer for the first time. Bottom pic? Us at 31, me seeing them for the 7th time! I cannot BELIEVE that was half my life ago! The show was really fun, and it was my first time at the new outdoor amphitheater downtown. It was really nice. I actually ended up there two nights in a row, because someone read my dream journal and booked Flight of the Conchords the night after Weezer. But that needs it's own post. 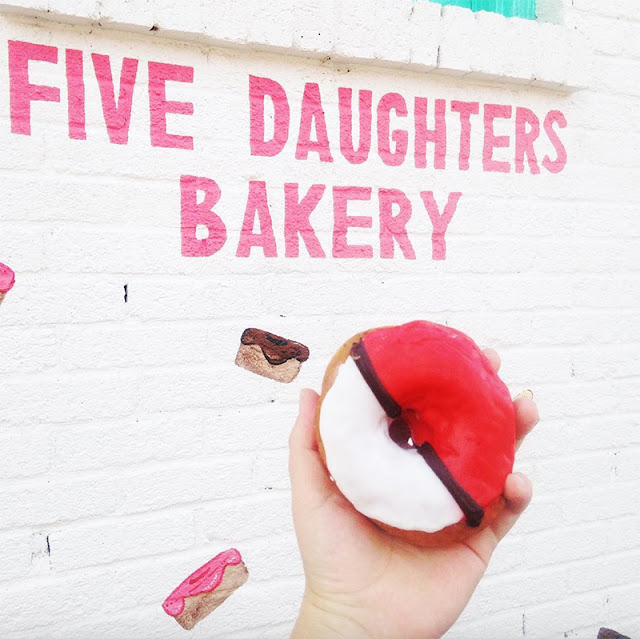 Like every other nerd you know, I've been playing Pokemon GO! Not that much, since I've been busy with work and it is SO hot here, but I love the game. 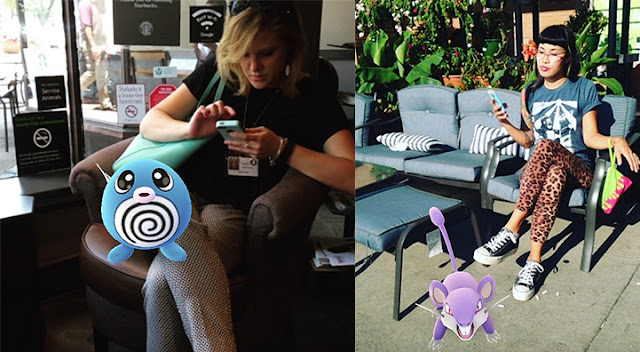 My favorite part is seeing the Pokemon around you. I don't know that girl with the poliwag on her lap. I've played Pokemon on several different game boys, and I'm trying to break my bad habits. Usually I only try to catch Pokemon that I think are cute, but that isn't the way to play Go really. Crystal and Marc are really into it and it is so fun to go on walks around town and hit all the stops! 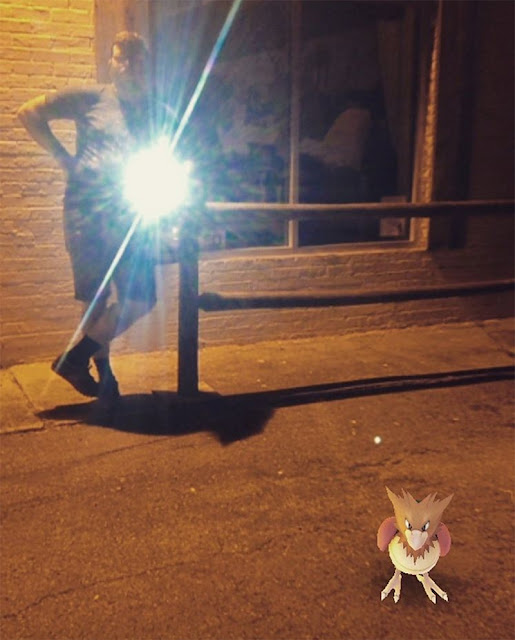 BUT Travis hates. So much! Probably because all the people downtown who aren't paying attention to where they are going and get in his way while he's trying to work. We all love catching Pokemon around him, and saying things like "Travis there is a ratata on your butt!!" 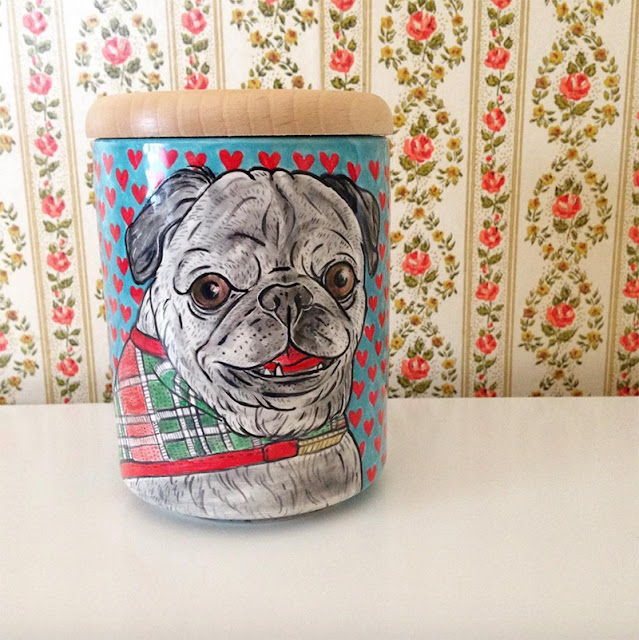 Like I said at the beginning of this post, it has been about a month since we lost Phyllis. I am still sad, but it isn't all consuming anymore. We decided on a private cremation for her, and I ordered a custom urn from this etsy shop. I am so pleased with it. When it arrived I cried (of course) and kissed it. I am keeping her on my desk for now. I miss her, every day, but things have gotten so much better.
at 11:05 PM