Digging for dishes at Deck's!

Back in September fellow Nashville blogger and all around good egg Eartha Kitsch posted about Deck's Glassware in Chattanooga. You can check out her posts here and here! And while you are there follow her and bug her to post some more! Her posts are some of my favorites!
Ever since I read those posts I have been talking about going. Travis has told me to go on my day off, we've talked about going together a million times, but it never worked out. I was off this past Saturday and we had no plans (this never happens. I work retail so usually I have to ask to be off on a weekend) so Travis mentioned Deck's again. I wasn't sure I wanted to make the two hour drive, but I'm so glad we did! 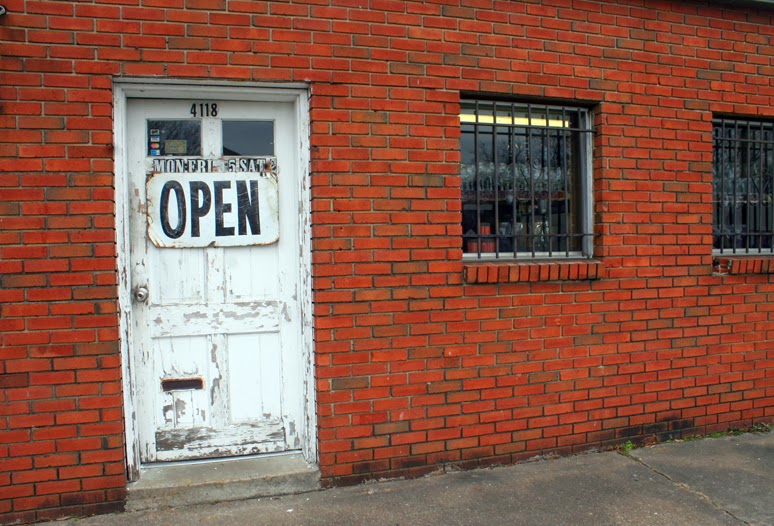 Deck's is a small warehouse nestled among apartment complexes and small neighborhoods in Chattanooga. It was opened in the 1960's and sold restaurant ware, which is the heavy china dishes that you find in restaurants. We have been talking about getting new china for everyday use (I have a set of Martha Stewart dishes and we have broken SO MANY) and what is better than deadstock restaurant china from the 60's and 70's? Nothing that's what!
When you first walk into Decks there are two rooms with neatly arranged dishes. I knew from Eartha's post that we needed to ask to see the china in the warehouse. The owner, Chester, is nice as can be and gave us gloves to dig around with. He opened the warehouse door and this is what we saw... 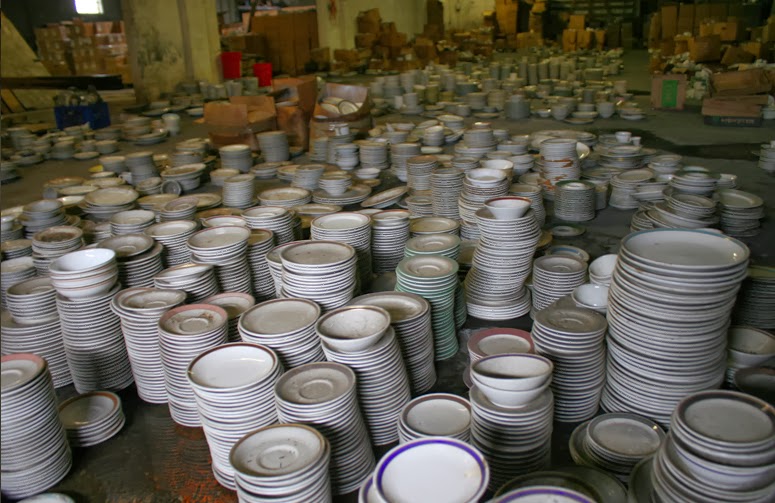 Piles and piles of china as far as the eye could see! This stuff has been sitting her for over 30 years! It was really dark, and dirty, and the plates were pretty precariously stacked, but we had a blast looking through them. 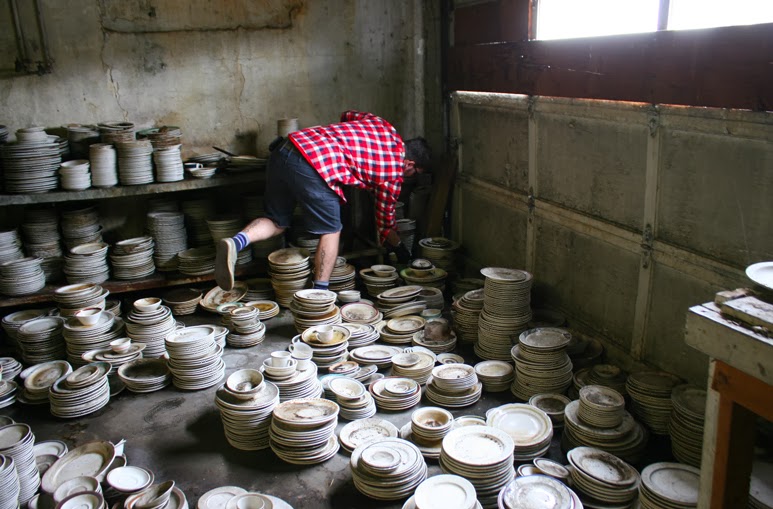 You would have to spend days there to see everything. There were at least three HUGE rooms and almost all the floor place looked like this.... 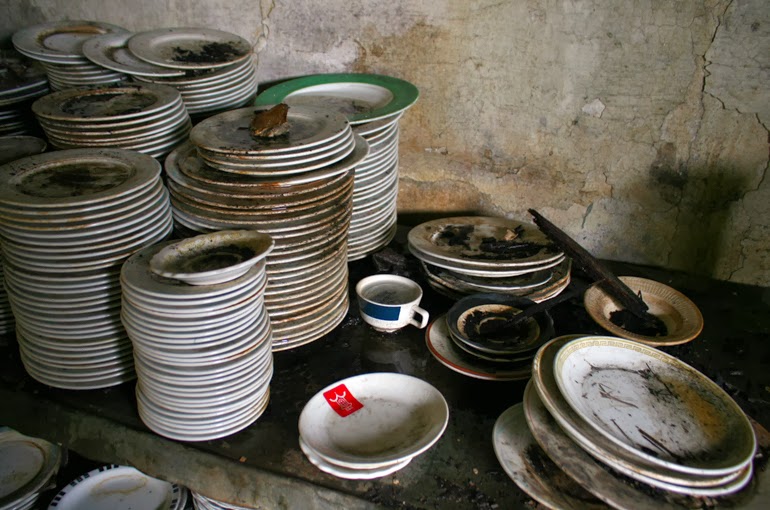 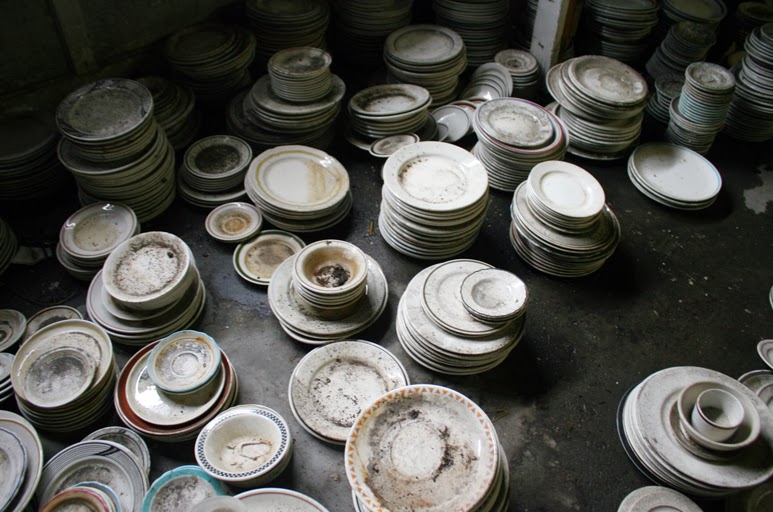 I keep seeing things I wish I had looked at more closely when going through these pics... 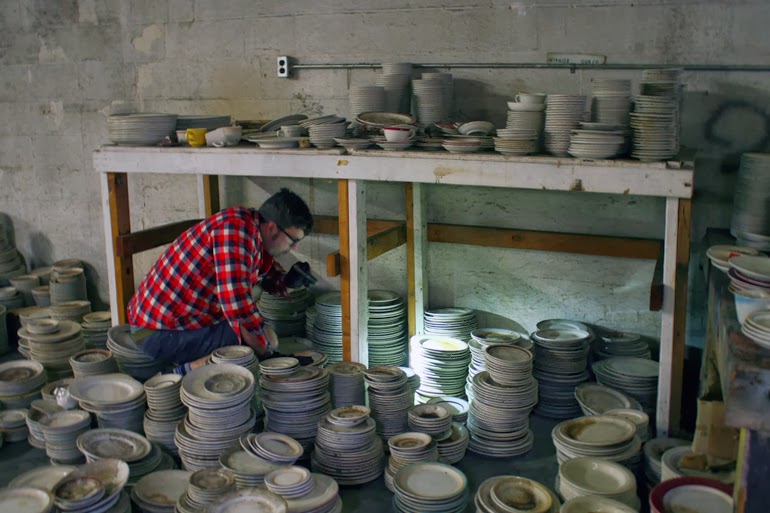 Travis went out to get his flashlight so we could really get a look at what was in this corner. I lightened these photos a LOT. It was so dark in there! And not heated! Thankfully it wasn't  9 degrees that day like it has been lately. It warmed up to 55 and it was just a little chilly in the warehouse. I can't imagine how miserable it would be in the summer! 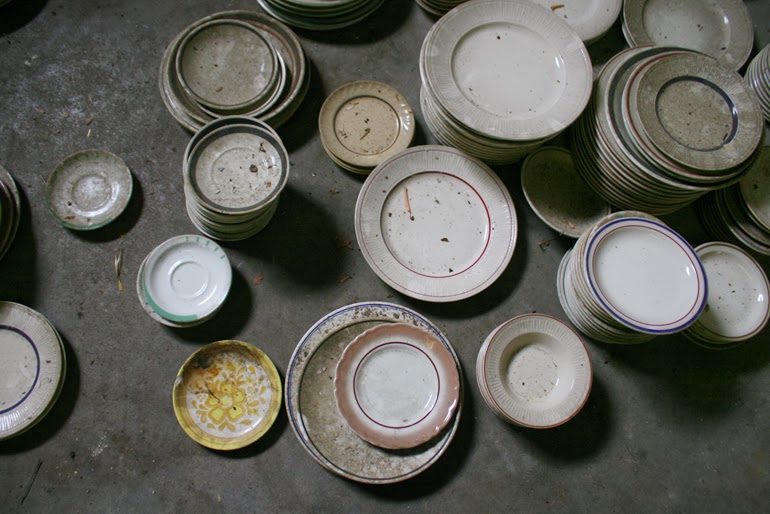 I tried to stick to dishes with blue on them, but some of the other patterns were too good! And we resisted bringing home mugs/tea cups because we have too many already. 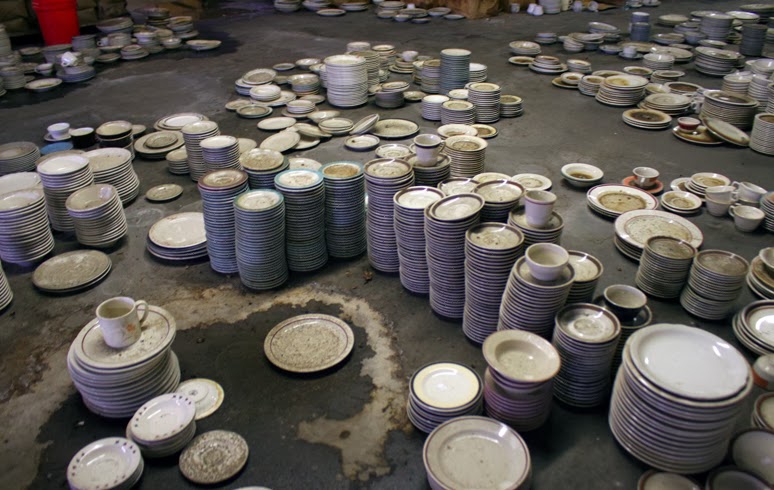 We came home with that box full! I remember that we had 22 full sized plates. And a pile of small plates, a few bowls, and some little platters. And it was a great price! We spend less than 50 dollars on the whole haul! 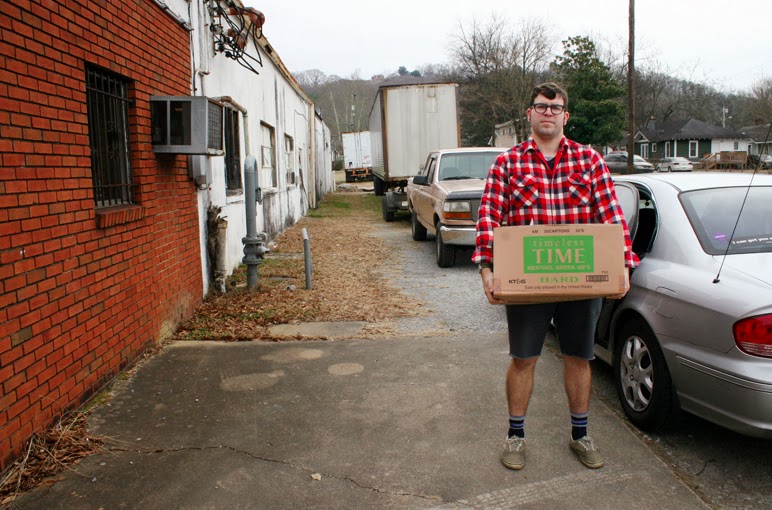 Here are a few before pictures: 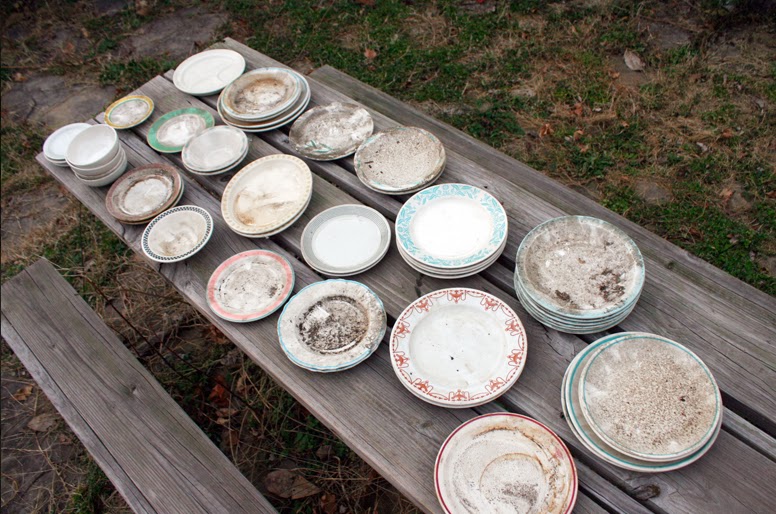 If there were lots of the same pattern I tried to bring home the cleanest. That should tell you how DIRTY this stuff was! It's mostly just dirt/mud though. Travis complained a LOT about all the pigeon droppings. I tried to avoid bringing any of that home. 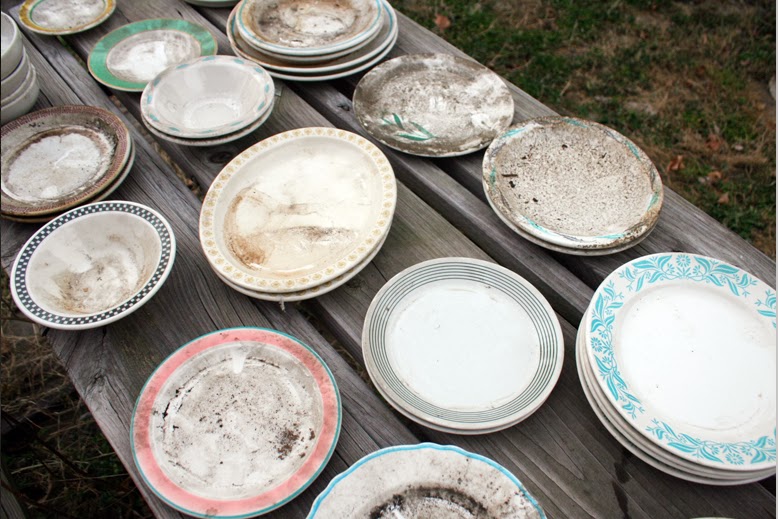 Don't you love those little flower bowls? I brought home four with matching plates. I think total those set me back 6 bucks! 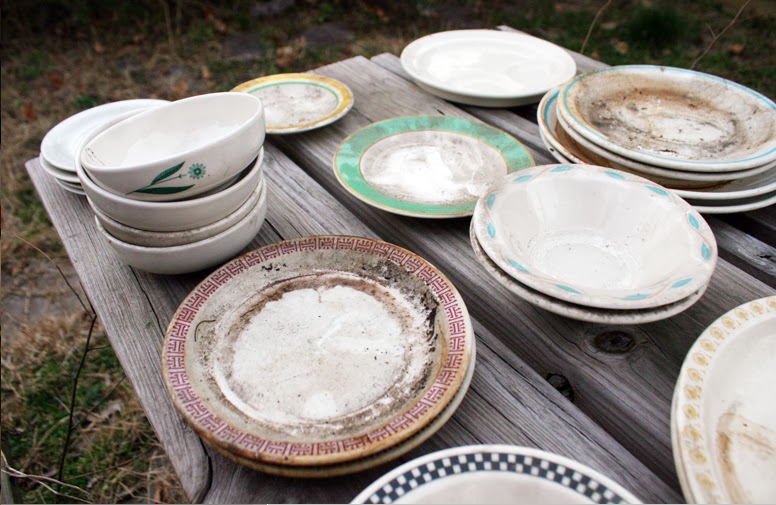 We followed Eartha's advice and soaked them all in a big tub of hot water first! We left them over night then Travis pulled them all out, gave them a scrub, and popped them into the dishwasher. They all came out looking as good as new! 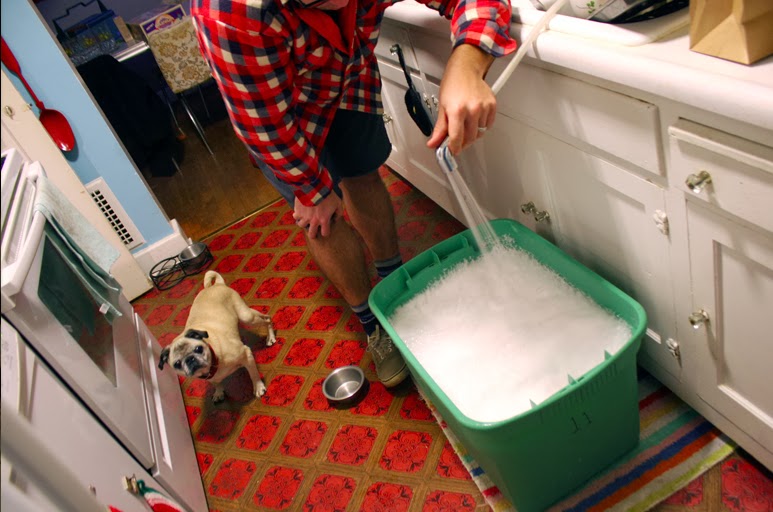 I'll show you some close ups of what we brought home soon! Now I just have to rearrange my cabinets and ruthlessly go through my existing stuff. I have a weakness for vintage kitchenware so it is going to be hard! Wish me luck!